The Çelikler Seyitömer thermal power plant is playing an important role in helping Turkey implement a strategic energy plan which will see the country become less dependent on the importation of natural gas by dint of using its own natural resources.

Located in Kütahya and having an annual production capacity of four billion kilowatts per hour, the Çelikler Seyitömer thermal power plant is owned and operated by Çelikler Seyitömer Electricity Production Corp which is part of Çelikler Holdings, one of Turkey’s largest construction, mining and energy companies.

The plant has undergone a reconstruction during the last 12 months, and part of this process has seen an old analogue CCTV system replaced with a Samsung Techwin IP network-based system.

The contract to carry out this work was awarded to Entpa Elektronik, a leading specialist distributor of electronic security and energy management solutions, and one of its local solution partners, namely Erkaya Elektronik.

“The old CCTV system has done a good job over many years, but it was very limited in its functionality,” said Doğan Can, product group manager for Entpa Elektronik. “On that basis we had no hesitation in designing and recommending a solution which was IP network-based in order to help the client provide a safe and secure environment for everyone who works at the plant, as well as protecting high value machinery and other assets.”

The video surveillance system is being installed in phases in line with the ongoing reconstruction work being carried out at the power plant.

Phase 1 has seen 45 Samsung Techwin cameras being deployed. Among them are SNP-5300H 1.3 Megapixel IP network PTZ dome cameras equipped with a 30x optical zoom and featuring PoE (Power over Ethernet) that enables power to be drawn from the network to drive all of the camera features. 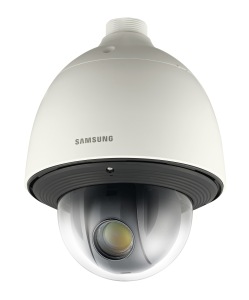 They also feature a built-in heater for when the outdoor temperature may be as low as -30°C.

Cameras from the Samsung Techwin Open Platform WiseNetIII camera range have also been installed, including 2 Megapixel Full-HD SND-6011RP dome cameras (that have built-in IR LEDs which can enable objects up to 10 metres distant to be viewed even in total darkness) and SNB-6004P 2 Megapixel Full-HD fixed cameras.

Images from all the cameras are recorded on a Samsung Techwin SRN-1000 NVR which provides up to 24 Tb of on-board video storage capacity with the potential for an additional 24 Tb of storage via two external e-Sata direct storage devices. 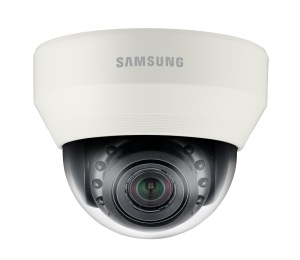 The Linux-based SRN-1000 can record at 100 MBs, supports H.264, MPEG-4 and MJPEG compression and is fully compatible with Samsung Centralised Management Software which provides the option for end users from any remote location to have access to live or recorded video via a PC or mobile device (such as a smart phone or tablet).

Phase 2 will see additional Samsung Techwin cameras and domes installed throughout the power plant in order to ensure that there are no blind spots.

“This is what can be called a mission-critical project where reliability is just as important as the quality of the images captured,” said Doğan Can. “With this in mind, we specified Samsung Techwin as the sole supplier for all the component parts of the video surveillance system because, having previously worked with the company’s products and its technical team on other projects, we knew that we could work in partnership with them to successfully meet the requirements of this project.”

The products use innovative technologies, many of them unique to Samsung Techwin and which can deliver tangible benefits and “outstanding value” to those involved in combating criminal activity while also offering time and cost saving advantages to installers and system integrators alike.

Samsung Techwin’s’ philosophy of delivering ‘Smart Security’ is reflected in a product portfolio which provides customers with the flexibility to choose the best solution for the job in hand. A complete end-to-end IP network solution range includes NVRs, licence-free viewing and recording software and an impressive line-up of HD Megapixel cameras which feature Samsung Techwin WiseNetIII DSP chipsets and incorporate the ‘Three Pillars’ of development: image quality, bandwidth utilisation and ease of use.

‘Hybrid’ options include encoders providing a cost-effective and easy-to-implement method of adding analogue cameras to an IP network-based video surveillance system. Customers also have the option to choose from a comprehensive range of analogue cameras, DVRs and monitors.