Satel UK – the national distributor for high-quality security systems manufacturer Satel – is delighted to announce a new partnership with Norbain, one of the UK’s largest distributors of IP, CCTV, access control and intruder detection solutions. The agreement will see Norbain stock and distribute Satel’s range of graded PIR detectors, intruder alarm boards and sirens in the UK.

Satel’s PIR sensor range has been configured to be both tamper-resistant and reliable, while devices are able to compensate for a wide ambient temperature range and adjust their performance to the requirements of the user and the protected premises (for example, adjustments can be made to ensure pet immunity).

Additionally, certain Satel PIR sensors can be used to implement building automation functions when the house alarm system is unarmed.

“We’re exceptionally pleased with this partnership and believe that Norbain is the perfect company to represent Satel in this market,” stated Bert McGaughey, supply chain manager at Satel UK. “Our products offer incredible quality and serious reliability coupled with flexible features that make them perfect for commercial and retail premises. We’re excited to see more and more UK installers using Satel systems in their projects in the coming months and years.”

Steve Marshall, divisional director for new business initiatives at Norbain, responded: “We believe that Satel’s range is an incredibly good fit within our product line-up, and bolsters the options available for installers when it comes to graded alarm systems. We’re delighted to be working with Satel and very much look forward to a fruitful and rewarding relationship.”

The new additions to Norbain’s portfolio will be showcased for the first time at the Norbain North Roadshow, which takes place on 17 May at the Macron Stadium in Bolton. As well as demonstrating the company’s CCTV, access control and intruder detection portfolio, there will be talks on both cyber security and the GDPR – both crucial topics for the security industry.

C-TEC is sponsoring the 5th International Tall Building Fire Safety Conference at this year’s edition of FIREX. Billed as a must-attend event for anyone involved in designing/managing fire risk or firefighting in tall buildings, the three-day conference will take place at London’s ExCeL from 19-21 June. 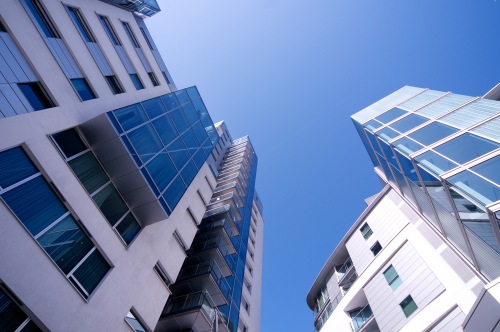 Other innovations to look out for include the company’s high-performance range of EN54-23 certified VADs and an advanced range of hybrid digital power supplies.

*To find out more about FIREX 2018 visit https://www.firex.co.uk

Nittan Europe, the manufacturer of conventional and addressable fire detection products, has released seven new technical guidance videos on its YouTube channel. These follow on the back of its previous highly successful videos, which form part of Nittan’s customer experience, enabling the business to connect with end customers via different mediums.

The videos provide simple step-by-step instructions that aim to serve as a guide or memory jogger for engineers such that they can the most advantage for Nittan products on behalf of their end users.

Lee James, general manager for product marketing at Nittan Europe, said: “The short video format with clips of between two and four minutes has proven very popular with our customers. We’re providing quick bursts of information in an easy-to-assimilate way. Our customers now have easy access to technical guidance on site or in their office with video clips literally at their fingertips via smart phones and tablets. We aim to continue building our video library in the coming months. The video clips are a guide and not intended to replace official manufacturer training which Nittan continues to provide free of charge at its Old Woking offices.”

*The new technical guidance videos can be viewed at https://www.youtube.com/user/NittanChannel/videos

After a strong start to 2018, access control specialist Nortech has once again been recognised as a certified partner of Nedap for long-range identification.

Following the presentation of the certification at this year’s Intertraffic exhibition, Nortech’s managing director Stephen Blackler commented: “Nortech is proud to be part of the Certified Partner Programme as it shows the company’s commitment and ability with Nedap’s long-range identification products as part of our vehicle access solutions.”

Having been part of the certified programme since 2010, Nortech recently visited Intertraffic 2018 in Amsterdam to support Nedap and cement its relationship with its distributors and the many contacts the company has in the traffic industry. During the show, Nedap presented its leading smart parking and vehicle identification solutions to the market, including its TRANSIT, uPASS and ANPR readers for long-range identification.

In addition to its ongoing long-range identification partnership, Nedap has recently visited Nortech at the company’s Cwmbran headquarters to give technical training on its long-range products to Nortech’s technical support team. Intensive training ensures that Nortech staff can provide in-depth support to its customers on Nedap products.

With many years’ experience in the automatic vehicle identification business, Nortech knows that offering the best quality equipment and the right equipment for the job will avoid potential problems at a later juncture.

Nortech works with Nedap to offer free tailored training courses that discuss the technologies involved and how and where to apply them plus guidance on correct installation with practical hands-on training.

Nedap’s safe, secure and efficient technology is both cost-effective and convenient and can easily be applied to parking and security applications. For these reasons and many more, the popular uPASS Target has recently been nominated as a finalist in the PSI Premier Awards 2018.

Global fire safety systems developer Advanced has been awarded the Highly Commended for Service Excellence trophy at the annual Safety and Health Excellence (SHE) Awards 2018, recently held at the NEC in Birmingham.

The company received the commendation in the British Service Industry Federation (BSIF) Customer Service Award category on the back of its technical support and Advanced 360. This online portal gives customers free access (during the lifetime of their products) to a range of services including training, technical manuals and sales and marketing support.

Paul Duffy, technical support manager at Advanced who accepted the award, said: “To receive the Highly Commended Award for Service Excellence is a huge achievement and great recognition for the work of our customer services team. We’re committed to making it as easy as possible for our customers to gain the support and information they need when they need it. Advanced 360 helps in achieving this and is constantly evolving to meet our customers’ needs.”

The SHE Awards were organised by Western Business Exhibitions in conjunction with the BSIF. The BSIF Customer Service Award recognises companies operating in the fields of Health and Safety which offer exceptional and innovative service solutions. Winners were chosen based on the number of votes cast by customers who were asked to rate their suppliers’ service quality.

ACRE, the provider of security products and solutions for the access control, intrusion, smart traffic and video surveillance markets, has announced that CEO Joe Grillo has been inducted into the Security Sales and Integration (SSI) Industry Hall of Fame Class of 2018. Grillo joins nearly 100 security leaders recognised for their “unforgettable impact on the industry” over the course of their career.

Founded in 2004, the SSI Industry Hall of Fame represents the highest honour for extraordinary professionalism, conduct and achievement, paying tribute to individuals who are instrumental in improving the security industry. Inductees are nominated by past inductees and other luminaries, citing the impact each has had over a long and illustrious career. 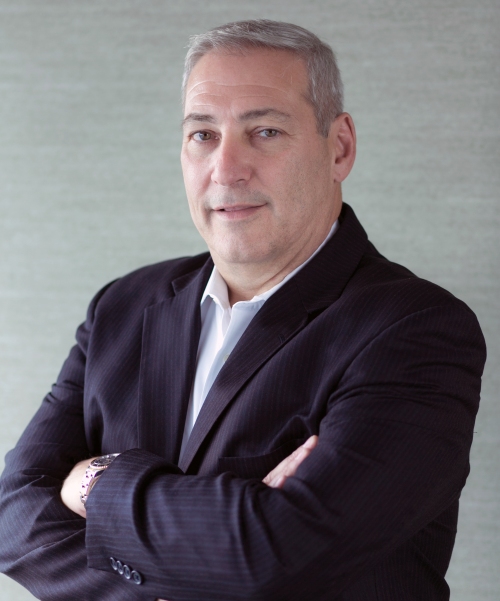 “Growing sales in a highly competitive market is difficult, but I thrive on successfully meeting the goals of an organisation through development and profitability,” explained Grillo. “I’m honoured to be recognised by the Industry Hall of Fame alongside an incredible group of hardworking executives. Throughout my career, I’ve been fortunate to be able to enjoy what I do.”

Grillo was instrumental in helping HID grow from a $15 million card and reader company to a dominant $100 million-plus industry leader by 2000, also leading the effort to sell HID to ASSA ABLOY in 2001.

Videx has launched IP intercoms that are ideal for a wide range of installations including office blocks, apartment complexes, hospitals and commercial buildings enabling the door entry system to use existing networks and save both cost and installation time.

The Videx IP system is available as a convenient kit and as an expandable system which can be customised to suit the needs of any building. 12 gauge, 316 grade stainless steel vandal-resistant entrance panels are available along with the popular 4000 Series modular style, all with a wide angle colour camera and with one call button up to a maximum of 42 and an input for an optional second camera.

Neil Thomas, national sales manager at Videx, said: “The beauty of IP systems over conventional systems is that they don’t need dedicated wiring infrastructure and can be used on new or existing networks. These networks can be shared with other technologies such as CCTV, access control, building management and many others.”

The kits includes a wall mount 6200 Series videophone and the entrance panel which is available in standard or vandal-resistant form with surface or flush mounting options. The videophone includes a touch screen 3.5” colour display enabling the end user to customise a range of settings as well as initiate calls to entrance points, neighbours and internally to other extensions with the facility to have up to 16 videophones in each apartment or office.

An event log can also be viewed on the videophone with a video capture feature to see missed callers. The kit includes a 1.25 A 12 V DC power supply which can be used to power the entrance panel, a lock release and the videophone if required. The videophone can also be powered via Power over Ethernet (POE) from a POE switch.

Thomas added: “IP systems are generally very flexible and can allow for connections over an unlimited distance while using existing LAN, WAN, Wi-Fi and 3G/4G infrastructures and the Videx iOS and Android Apps. Installers are now very familiar with IP technologies allowing them to use existing knowledge and experience gained while installing other security systems such as access control and CCTV. IP systems offer greater flexibility to the installer, making it very simple to expand and alter a system as the need arises.”

Bespoke panel sizes are available upon request. Entrance panels and videophones all have two relay outputs, two inputs and RS485 connectivity which can be used for a variety of functions such as door/gate release and the activation of auxiliary functions.

TheSecurityLion
Create a free website or blog at WordPress.com.