Trauma awareness training to be highlighted on Armed Forces Day 2020

On Armed Forces Day 2020, which takes place on Saturday 27 June, the mental health charity PTSD Resolution is going to be highlighting the plight of Armed Forces’ veterans who find themselves in the criminal justice system. Many are suffering from military trauma and are not receiving the therapeutic support that they need to become well again and rehabilitated.

The specialist charity works with security companies and myriad organisations, among them ASIS UK, in order to provide therapy for staff who have been traumatised, as well as training for line managers.

On Friday 26 June at 1.30 pm, PTSD Resolution is holding a free webinar entitled ‘Trauma Awareness Training for Everyone’. The TATE Programme helps people to recognise the symptoms of trauma in themselves, their colleagues or members of staff whom they manage. It provides valuable information on appropriate support and routes for both referral and treatment.

The charity has also launched a special film that tells the story of a former HMPS prisoner and veteran of the First Gulf War. Entitled ‘The Silent Years’, the film was produced and donated by students of the Ravensbourne University, namely Shakeel Hussain (editor), Louise Corleys (editor and sound), Poppy Louise Carter (director) and Diana Alexandru (producer).

Government statistics estimate that approximately 4% of those in custody and on community orders are ex-Armed Forces personnel, but external estimates claim that the proportion in the prison population may be as high as 17%.

In addition to criminality, military trauma when left untreated can result in addiction, family breakdown and even suicide.

“The Coronavirus lockdown gives us all some idea of the stress of losing our freedom even if we’re not actually in prison,” explained Patrick Rea, campaign director for PTSD Resolution. “Plenty of veterans find themselves in the criminal justice system. In many instances, this is at least in part because of the effects of military trauma they’re still suffering. If they don’t receive the therapy they need in prison to become better, how can we expect them to re-join society responsibly? This is both a justice system and a humanitarian issue.”

For its part, PTSD Resolution has provided free mental health therapy to veterans, reservists and their families for eleven years now and taken care of people right across the UK. It’s one of the only providers of specialist help to former Armed Forces personnel while they’re in prison or have alcohol and/or substance abuse problems. Treatment is available through a network of 200 therapists, either online or by telephone during the current lockdown scenario.

According to research conducted by the British Journal of Psychiatry, among ex-Armed Forces personnel, no less than 17% of those who had been deployed to Iraq and Afghanistan in 2014-2016 reported symptoms suggesting PTSD. Those deployed in a support role such (eg medical, logistics, signals, aircrew) were affected at a rate of 6%, which is 1-2% higher than in the general UK population.

Emerging studies are indicating that, following the COVID-19 outbreak, rates of PTSD among those serving as medical key workers or Emergency Services personnel and who have been personally affected by the pandemic are likely to be much higher.

According to a new report issued by the RAND Corporation, rates of post-traumatic stress disorder (PTSD) are much higher in private security contractors than in UK military personnel. The study also also identifies that private security workers are offered little psychological support.

The RAND Corporation has undertaken a survey-based study on the health and well-being of private military and security contractors (PMSCs) – the largest study to date to examine the physical and mental health status and health care use among PMSCs.

It’s also the first study of its kind to examine the issue among all PMSCs.

Findings suggest that PTSD rates are more than double for PMSCs compared to UK military personnel. Other key findings are that few private security organisations have psychological support mechanisms in place, but those that do fare better in terms of their contractors’ mental health.

The report points to the measures an organisation can take to mitigate these mental health risks, including the introduction of a peer support programme. 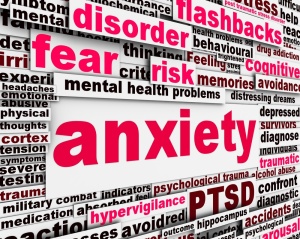 Professor Neil Greenberg – an academic psychiatrist with King’s College London, leading UK expert in traumatic stress (including PTSD) and founder of psychological health consultancy March on Stress – commented: “I very much welcome the important work that the RAND Corporation has carried out to systematically examine the psychological health of private security contractors. The psychological health of this important occupational group has previously been under-researched given that its cohort performs an important role in highly challenging conditions.”

Greenberg continued: “As the report states, the majority of security contractors have previously served their nations in the Armed Forces and thus the public should rightly be interested in their mental health. The results of the research show clearly that those who work in the industry report more mental health problems than do their military counterparts who are still serving in the Armed Forces.”

The research also shows that many contractors report being poorly supported by the organisations who are making use of their services. Importantly, contractors who report receiving good support from their employers (in the form of specific trauma-related training or mental health briefings) enjoy better mental health.

Professor Greenberg went on to explain: “The results strongly suggest that security companies, and those who employ security companies, should do more to ensure that they mitigate the psychological risks associated with working in the industry. I also welcome the suggestions for further research into this topic to ensure that improved support provision is effective.”

The survey was open to contractors of all nationalities who had deployed on contract to an area of conflict at any point from 2011-2013, and covered topics such as military history, contractor work history, experience of working on contract in a conflict zone, health status, health care use and demographic information.

A full copy of the research is available on the RAND website via this link: http://www.rand.org/pubs/research_reports/RR420.html#key-findings

About March on Stress

March on Stress operates worldwide in close partnership with clients who typically place their people ‘in harm’s way’ – in security, media, Government, the oil and gas sector and the emergency services.

The company helps to build resilience by safeguarding the psychological well-being of those personnel through the prevention, detection and treatment of occupational and operational stress, including post-traumatic stress disorder (PTSD).

Established in 2001, March on Stress is a UK leader in Trauma Risk Management (TRiM) training and provides a menu of options of other first class psychological support services (including psychological monitoring)