Metro Security has won a 2019 Queen’s Award for Enterprise in the Innovation category for the development of M.A.R.S (Metro Analytic Retail Solution), an integration software that brings retailers’ risk data into one location at the click of a mouse.

Managing director Trevor Wallace, who attended a reception at Buckingham Palace on Tuesday 11 June, enthused: “This award is a real honour for Metro Security. We’re a company that has been able to build a strong reputation off the back of British-designed software and hardware development.”

The M.A.R.S solution, which integrates retailers’ existing technology – including Electronic Point of Sale and CCTV data – to deliver transparency of information in order to detect theft and fraud, came to the attention of the Queen’s Award adjudicators after a number of High Street and petrol forecourt retailers reported transformative loss reduction results following its deployment. 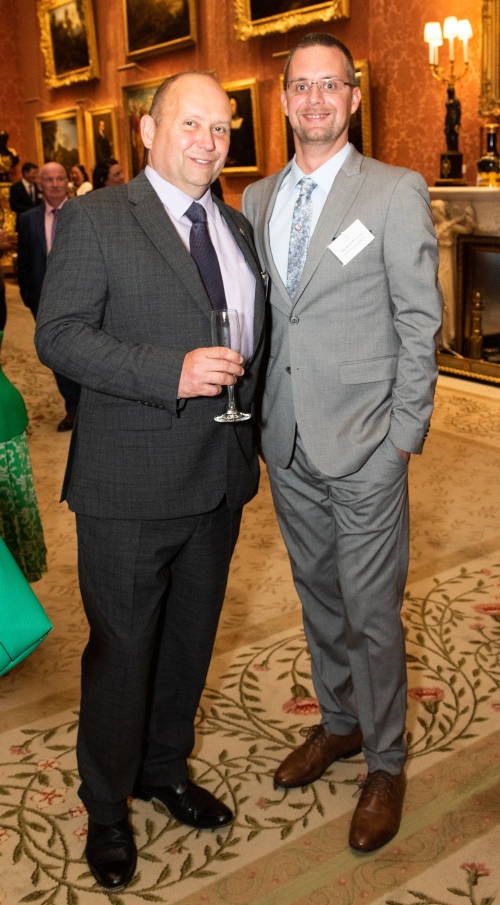 The technology allows businesses to remotely access and deep dive into data with the support of CCTV evidence to build criminal cases for the police to prosecute, which also assists in reducing police investigation time.

Wallace, who established the Romford-based business back in 1978, continued: “Our technology is a collaborative effort with our customers. They tell us what management information they want and how they want it packaged. We then work with them, and their other partners, to deliver it. We see ourselves as a kind of Q character from the James Bond franchise. We quietly work in the background to enable technologies to work together to catch the bad guys. We’re not quite on Her Majesty’s Secret Service, but this Royal recognition is a major boon for the business and an acknowledgement of the hard work and long hours put in by the team. This prestigious accolade is a true recognition of their enterprise.”

The Deputy Lord Lieutenant will be visiting the business in Ashton Road to bestow the Queen’s Award for Enterprise certificate and crystal award.

Located on the historic Hendon site of the former London Aerodrome in Colindale, the RAF Museum tells the 95-year old story of the RAF through its people and collections.

Officially opened in 1972, the Hendon site now comprises five exhibition halls containing over 100 aircraft from around the world, along with a range of other integrated attractions (including a 4D theatre, flight simulators and interactive exhibits).

Metro Security’s long-standing partnership with the RAF Museum first involved the upgrading of its existing intruder alarm system. Metro then moved on to expand the system to safeguard buildings on site, newly opened areas of the museum and display cases containing valuable collections.

Metro Security is helping to safeguard the RAF Museum at Hendon

The initial success of these measures led to high security movement detectors being fitted in the Art Gallery to alert staff to the presence of intruders out-of-hours, while Metro was also awarded the maintenance contract for all of the RAF Museum’s intruder alarm equipment.

Additionally, the company has installed intruder alarm and surveillance measures in the rebuilt Grahame-White Watch Office, a Grade 2 listed building which was relocated from an area of the former airfield site designated for a housing development.

Metro Security’s involvement with the RAF Museum has recently included the design of a new Control Room that enables integration of the burgeoning security systems around the site.

A high-spec digital image recording system has been interfaced, in turn providing full management of the multi-camera CCTV network. 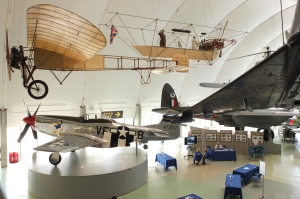 Inside the RAF Museum

“Metro’s all-round security expertise has enabled us to effectively deal with a variety of potential risks right across the site,” explained Dave Rowe, general manager at the RAF Museum in London. “The company has used its wide range of skills and experience to implement harmonised security prevention and detection measures that protect not only the site itself, but importantly also safeguard our staff and visitors.”

Richard Meakins, sales manager at Metro Security, commented: “This is a prestigious and ongoing contract requiring a variety of systems and services provided by Metro Security. We’re continuing to specify and install equipment at the RAF Museum as needs dictate, for instance to safeguard new display cases containing valuable material which are being introduced around the exhibition halls to enhance the overall visitor experience.”

Having grown steadily since 1978, Metro Security’s expertise now includes integration of advanced IT and other applications into security and business information systems to provide a host of useful management information.

The company, which has achieved the ISO 9001 quality management systems standard, runs its own 24/7 monitoring centre.

Metro Security’s surveyors and engineers are fully trained to relevant standards such as BS 5839 (fire detection and alarm systems for buildings) and its intruder systems comply with EN 50131 and PD 6662, as well as police specification DD 243.