This week, Liberty is appearing at the Investigatory Powers Tribunal in its legal claim against the British Intelligence Services over what the civil liberties concern dubs “the ongoing surveillance scandal”.

The group is bringing the claim on its own behalf and on behalf of a number of its partner organisations in other countries, including the ACLU.

The organisations are concerned that their private communications may have been monitored under GCHQ’s electronic surveillance programme Tempora, whose existence was revealed by Edward Snowden. 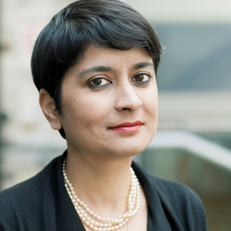 They also complain that information obtained through the NSA’s Prism and Upstream programmes may have been shared with the British Intelligence Services in a way that gets round the protections provided by our legal system.

James Welch, Liberty’s legal director, explained: “As legislation is introduced to paper over one crack in the crumbling surveillance state, another faces challenge. Not content with forcing service providers to keep details of our calls and browsing histories, the Government is fighting to retain the right to trawl through our communications with anyone outside and many inside the country. When will it learn that it’s neither ethical nor efficient to turn everyone into suspects?”

Liberty argues that the interference with its – and its clients’ – communications is a breach of Article 8 (the right to respect for their private life) and Article 10 (freedom of expression) of the European Convention on Human Rights.

There is no clear legal framework – within the Regulation of Investigatory Powers Act (RIPA) 2000 or otherwise – that permits Tempora’s collection and storage of such vast amounts of communications.

Liberty states that the scale of data being obtained cannot be described as either necessary or proportionate.

The preliminary hearing started on Monday 14 July and is scheduled to continue all week at Court 19 of the Rolls Building, Fetter Lane, commencing daily at 10.30 am.