Tag Archives: BS 8593 Code of Practice for the Deployment and Use of Body-Worn Video

The British Security Industry Association (BSIA) is pleased to have played a pivotal role in the development of BS 8593 Code of Practice for the Deployment and Use of Body-Worn Video and is looking forward to its expected publication later this month.

The standard provides technical and operational recommendations for the deployment and use of body-worn video used for the purposes of recording interactions between the wearer and other parties, or the environments in which wearers finds themselves. 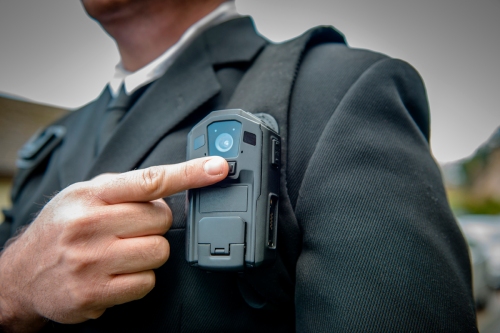 Wilkinson continued: “There are clear advantages for the use of body-worn video in a number of applications. However, its usage also brings about challenges in terms of privacy and data security. It’s hoped that this standard will support the work of organisations such as the ICO as well as the Surveillance Camera Commissioner in ensuring that surveillance remains appropriate and proportionate and that there’s a balance struck between safety, security and the privacy of those being surveilled.”

BS 8593 will be publicly launched by the BSI on 14 June at UBM’s offices in Blackfriars, London, with briefings from both the Surveillance Camera Commissioner Tony Porter QPM LLB and the ICO, representatives of the Metropolitan Police Service, industry practitioners and the BSIA’s David Wilkinson.

*For further information about the launch event, or to register for your free place, please visit: www.bsia.co.uk/events