Baroness Karren Brady CBE has been announced as the first of three inspirational keynote speakers at the Protection & Management Series 2015. Baroness Brady will open the event on Tuesday 16 June at ExCeL, London.

Baroness Brady is a regular newspaper columnist, author and novelist and known as ‘The First Lady of Football’ having become managing director of Birmingham City FC at the age of just 23.

Her current role is vice-chairman of West Ham United FC, while the Baroness is also the Small Business Ambassador to the UK Government led by Prime Minister David Cameron.

Of course, Baroness Brady is well-known to millions of TV viewers for her role alongside Lord Alan Sugar in the popular BBC programme The Apprentice.

In this must-attend keynote address, Baroness Brady will share anecdotes from her own rise within the business world, offering plenty of insights and advice for women in the business sector. 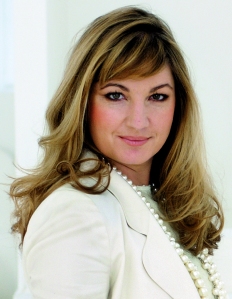 Simon Mills, group director for the Protection & Management Series run by event organiser UBM, said: “We’re delighted to reveal that Baroness Karren Brady will be opening this year’s Protection & Management Series with a truly inspirational keynote address. We’re really looking forward to hosting such a phenomenal businesswoman on the first day in what is our second year at our new London home.”

The 2015 Protection & Management Series of events will run from 16-18 June at ExCeL, London.

*Find out more and register for the event here: www.safety-health-expo.co.uk/keynotepr