Baroness Henig is former chair of the Security Industry Authority (SIA). While at the SIA, the Baroness was instrumental in overseeing a regulatory overhaul and the introduction of a new and modern, fit-for-purpose regulatory regime. 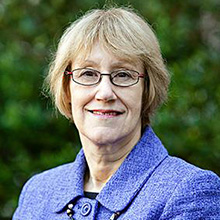 Previous high profile roles Baroness Henig has held within the security sector include chair of the Association of Police Authorities (from 1997 to 2005), after which she became the Association’s president. The Baroness was also a member of the National Criminal Justice Board from 2003 to 2005, having been awarded a CBE in 2000 for her tremendous services to policing.

Garry Evanson CSyP, The Security Institute’s chairman, said: “It’s a real pleasure for me to be able to announce that our new president is taking an active role in the life of The Security institute. With her vast insight and considerable experience of the regulatory regime within the UK, Baroness Henig will be a significant addition to this new-style conference for 2016.”

During her career with the Nottinghamshire Police, Sue Fish has had specific responsibilities for the force’s Crime Directorate, the Intelligence Directorate, scientific support, operational support and serious and organised crime. Fish is also a Gold Firearms, Public Order and CBRN commander.

“Sue is one of the most senior police officers in the country,” outlined Evanson, “and has amassed fantastic experience of all aspects of policing. We’re delighted that she will be able to join us at our conference and for the insights Sue will be able to offer us all into initiatives for reducing business crime.”