Videx, the specialist in door entry and access control solutions for end users, has enhanced its renowned Product Builder application to include all the latest innovations in an easy-to-use step through wizard.

Commenting on the enhancements, Rob Sands (technical director at Videx) said: “Systems can be created in any format and for multiple configurations. It allows you to choose the best options based on cost, complexity and functionality. On completion, the wizard provides a full parts list including prices and all relevant datasheets and manuals.”

Sands continued: “Additionally, the programme also allows panel preview. This is further enhanced with the feature of adding engraving details and name plate insert text. Name plate cards can also be printed from the programme allowing these to be inserted straight into the panels to give that professional finish to the installation. A handy block diagram is also created from the parts list showing the number of cores and the recommended cable type.”

The CD is also a convenient source for information with easy-to-navigate sections for datasheets, manuals, brochures, application notes and instruction sheets.

**Alternatively, if you would like to create a Product Builder request, visit: http://bit.ly/1ObfWYF

An intelligent video surveillance system has been developed to improve passenger safety on public transport.

SharpView Rugged from technology developer EyeLynx has been approved to stringent EU environmental standards EN50121, 50155 and 61373 for use on rail carriages and emergency vehicles. Military grade units complying with MIL-STD-810 are available on request.

SharpView Rugged consists of SharpView Manager Professional security management software and the SVR-5716NR NVR, which is a rugged unit with 16 inputs enabled, eight of which are direct Power over Ethernet (PoE) for HD cameras and up to 4 Tb hard disk storage drives. Storage is also possible by way of external USB drives.

SharpView systems can record and manage multi-megapixel and HD video evidence from an unlimited number of CCTV cameras. Alarms are also recorded from other security devices, such as facial recognition, intruder alarm and fire sensors.

Built on the latest Enterprise class Linux operating system, the SharpView recording engine “delivers the fastest storage and retrieval performance” in the industry.  All units record network IP video of any resolution, frame rate and compression formats including M-JPEG, MPEG-4 and H.264.

It supports a variety of digital I/O and devices connected over USB, Ethernet and RS 232/422/485. GPS tracking and wireless connectivity is also supported.

EyeLynx CEO Jay Patel said: “SharpView Rugged will allow train operators to gather vital evidence in ‘beyond HD’ quality which is indisputable, leading to convictions and certain prosecutions. Passengers will therefore gain a sense of safety on public transport knowing that criminals cannot operate in the transport network without being caught.”

Cordant Security has been awarded a long-term contract to provide security guarding services for Pure Datacentres, based at the Data Centre provider’s specialist premises in Birmingham. This latest agreement further expands the company’s portfolio of high value accounts based within the city of Birmingham and, indeed, across the Midlands.

Under the terms of the deal, Cordant Security will provide a security guarding presence at the facility on a 24/7 basis. A dedicated team of full-time employees will work at the premises, with at least one supervisor and one officer always being on site at any point.

Before working at the site, Cordant Security staff must complete a detailed and intensive pre-training programme including instruction on First Aid, Public Space CCTV Surveillance, conflict management and physical intervention. 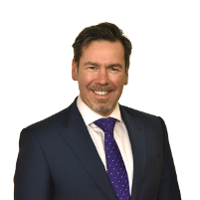 Cordant Security was awarded the contract ahead of three other security businesses following a competitive tendering process. The signed agreement has scope for further growth in the future.

Brendan Musgrove, managing director at Cordant Security, explained: “This new contract illustrates that we have the capability to deliver outstanding security services within what is one of the UK’s fastest-growing sectors. Our dedicated on-site team will ensure that Pure Datacentres’ facility remains safe and secure at all times.”

Dale Wilkinson, security operations director at Pure Datacentres, added: “Cordant Security has an excellent reputation for providing a professional and high quality service to its clients. This affords us the confidence to enter into a long-term agreement with the company. We look forward to a prosperous partnership over the coming years.”

The British Security Industry Association (BSIA) has announced the date for the first Liverpool Crime Prevention Exhibition and Conference. The event will be held at The Crowne Plaza Hotel on Wednesday 25 May.

This free-to-attend gathering will offer security companies an opportunity to showcase their products and allow delegates to view the latest security services as well as listen to engaging seminar presentations delivered by experts in the field.

Organised by the BSIA in partnership with Merseyside Police and the Liverpool BID Company, the event is a must-attend for the North West’s wider business community, major retailers, representatives of local authorities and entertainment venue managers. 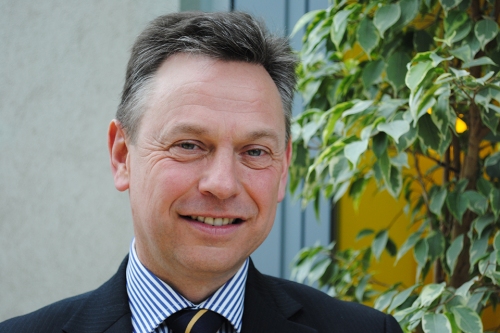 Other confirmed speakers include Dirk Wilson, chairman of the BSIA’s Police and Public Services Section (who will discuss day-to-day interaction with security staff) and Shaun Holland (crime safety consultant of the Liverpool BID Company) who’ll offer a presentation on tackling retail crime.

Alongside the conference, exhibitors from across the security industry will be on hand to demonstrate their latest products and services, giving delegates the opportunity to witness the very latest technological innovations, meet potential suppliers and find out more about which solutions would best suit their business.

Similar past events held in other UK cities attracted record number of over 300 delegates, with attendees including representatives of well-known city centre retailers, as well as other organisations including insurers, healthcare practitioners and local authorities. 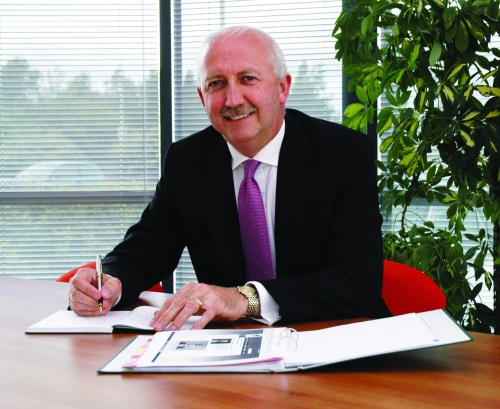 James Kelly, CEO of the BSIA, commented: “We’re very excited about holding this event in Liverpool. We believe it will provide a fantastic opportunity for local businesses to learn about the latest security products and services, while at the same time hearing about the great work that Merseyside Police does for the city. The BSIA’s security experts will be there to share Best Practice advice and help secure a positive future for local businesses.”

*To secure your delegate or exhibition place at what promises to be an informative and educational event, complete the online booking form by following these links:

**Alternatively, visit the events page on the BSIA website: http://www.bsia.co.uk/events.aspx

Wavestore, the provider of open platform Video Management Software (VMS) that unlocks the full potential of integrated security solutions, has announced that Case Security has become the first systems integrator in the UK to be awarded Wavestore Enterprise level partner status.

Wavestore’s ‘Better Together’ Partner Programme is designed to provide maximum support and real-world advantages for systems integrators such as Case Security, who are choosing to recommend Wavestore VMS solutions to their end user clients.

Olney-based Case Security is one of the UK’s largest and fastest-growing independent providers of bespoke security solutions. Established over 40 years ago, the company has been in private ownership since 1997 and operates predominantly in the banking, retail, commercial, distribution and domestic sectors. 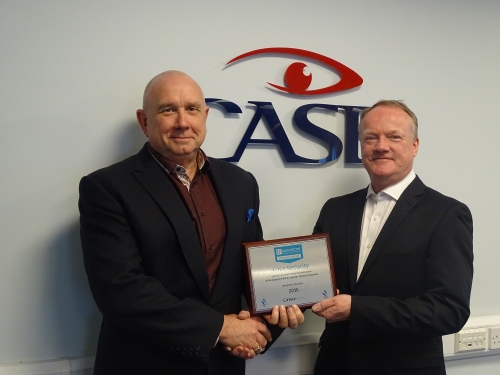 “We’re proud to be the first in the UK to become a Wavestore Enterprise level partner,” said Dave Newbury, managing director of Case Security. “Most importantly for us, it provides an opportunity to work even closer with the team at Wavestore and our distributor Mayflex, who first introduced us to the benefits of Wavestore’s VMS, in order to ensure that we always meet our end user clients’ expectations.”

Newbury added: “We work with discerning clients who often have very complex security requirements, so it’s good to be able to show them that we have the full support of true partners such as Mayflex and Wavestore who share our passion for delivering Best of Breed, value-added solutions.”

Glenn Fletcher, Wavestore’s head of sales, explained: “Wavestore’s Enterprise partners have unrivalled access to our business and we warmly regard them as an extension of our team. It means we can work together on new business development programmes, as well as provide support every step of the way, to ensure our mutual clients achieve maximum return from their investment in a solution that has Wavestore’s VMS at its heart.”

T3 Security has signed a major contract with a national retail firm Poundworld which will see it expand guarding operations into Scotland and the North West.

To meet the demands of the contract, T3 Security will now recruit an extra 30 staff to man the outlets as the contract is rolled out over the coming weeks.

Peter Moore, who co-directs T3 Security with partner Richard Townsend, told Risk UK: “This is a big contract for us with a national retailer, and is testament to how much the business has grown. We’ve already had to employ 30 people to man the stores we’ve been contracted to manage, but there’s the potential for more to be recruited if we’re awarded the security management remit at more stores.”

Moore added: “It’s a great partnership, not just for us because it has enabled further growth, but for the Poundworld Retail Group as well. The company’s stores will be well protected by trained and professional security staff.”

Chris Edwards, CEO of the Poundworld Retail Group, commented: “We’re delighted to announce our new partnership with T3 Security. The safety of our customers and staff is paramount, and we’re confident that T3 will be able to deliver the levels of security we need in order to give our customers a great shopping experience in store, while at the same time keeping our staff safe. We’re also really pleased that the partnership has allowed the creation of 30 extra jobs.”

Moore and Townsend have drafted in one of their most experienced members of staff, who has worked for 25 years in the field, to train the new members of the team at T3 Security.

Townsend has even found himself practising what he preaches after catching a thief himself during a routine trip to one of the new stores.

Moore said: “The training is in place from us at the head of the business, all the way through to our security staff on the ground. The business is going from strength to strength. We believe it’s down to our ethos that we always go the extra mile for our clients, and also equip our staff with the relevant training for them to do the job properly.”

T3 Security was launched by Moore and Townsend in 2012, initially supplying just two venues with staff. Before signing the Poundworld Retail Group deal, the company employed 100 staff with a portfolio of over 40 locations from Blyth in Northumberland to Newcastle, Whitley Bay, Sunderland, Washington, Hartlepool and Stockton on Teesside, with pub chains like John Fitzgerald and Tavistock Leisure among its growing client base.

“One year ago, we made the announcement that Samsung Techwin had become a part of the Hanwha Group,” said Bob Hwang PhD, president of Samsung Techwin Europe. “While our name is changing, the innovation, quality and reliability of our products will remain the same. The same is true for our factories, sales companies and channel partners which remain unchanged. Hanwha Techwin Europe will continue to offer the best in value and performance to the professional surveillance and security industry.”

Samsung branded solutions offered by Hanwha Techwin include a growing line of some of the industry’s most advanced WiseNetIII megapixel cameras, along with new additions to the popular WiseNet Lite line.

Building on the company’s history of innovation, Hanwha Techwin Europe Limited is dedicated to providing solutions with the highest levels of performance, reliability and cost-efficiency for professional security applications, such as continuing development in advanced edge devices and video analytics.