Milestone Systems expands device support with launch of Pack 7.9 for partners and customers

The XProtect Device Packs include tested and certified drivers optimised to enable the relevant capabilities of a camera or other hardware device to be managed by the XProtect software. Testing the drivers ensures the highest quality for a video surveillance solution, which is obviously important for total system operability, efficiency and stability.

Milestone works closely with the device manufacturers in the Camera Partner Program (CaPP) to achieve the optimal interaction between their devices and the XProtect VMS. The company has always promoted driver standards like ONVIF and remains dedicated to supporting the broadest range of cameras and devices on the market.

In the case of ONVIF-supported devices, it’s often assumed that a device which has passed the ONVIF test tool will just work in a given infrastructure. This isn’t always the case as there are marked idiosyncrasies that need to be taken into account to insure proper interoperability and leverage the full feature use of a device with a VMS.

Before ONVIF supported devices are listed on the supported hardware list on milestonesys.com, they’ve been tested to ensure 100% functionality with the XProtect open platform technology.

In the Milestone CaPP, this ONVIF functionality test can be done by Milestone or vendors can conduct the testing procedures in their own facility after they’ve completed a four-day Milestone training course. The ability to do the complete Milestone certification test can save time and costs for camera manufacturers in their go-to-market strategy.

Device Pack 7.9 also includes support for the Axis Zipstream technology, an advanced mode enabling variable compression as well as variable bit rate. According to Axis Communications, this can reduce the bandwidth requirement by up to 50% without major loss in picture quality.

This technology increases compression when less movement is detected in the video. Beyond reducing the bandwidth, the use of advanced compression technologies like Zipstream can also save disk space on the recording servers in a system. 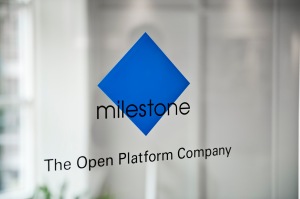 The Milestone VMS has been supporting advanced compression technologies since 2012.

Extended support for Vivotek cameras has been added, so too 64 new devices from Dahua all based on ONVIF where the compliance test was conducted by Dahua.

Other vendors with new device support in this release include Pelco by Schneider, Vicon’s IQEye and Canon.

*Milestone Device Pack 7.2 is available now for download from the following link: www.milestonesys.com/solution-partners/supported-hardware/