Inspection company the SSAIB – which is celebrating its 20th Anniversary as a fire, security and telecare certification body – has recruited two new manned services assessors to join the team headed by scheme manager Stephen Grieve.

The duo’s appointments come in the context of future regulation through mandatory business licensing – the most significant factor affecting the security industry since the SIA (Security Industry Authority) introduced individual licensing under the Private Security Industry Act 2001.

Andrew Osborne joins the SSAIB to cover the south of England. He brings with him an extensive and wide-ranging 40-year track record of business experience including security screening and training, Health and Safety management and risk assessments with companies such as G4S (with whom, for example, he conducted site and remote audits on static guarding, maritime, aviation, rail and events operations including employee screening, training and licensing).

Osbourne’s appointment to the team is mirrored by David Taylor’s recruitment to cover the Midlands and the north of England. Taylor has a similarly impressive industry CV dating back over 20 years and including roles as an operations, training and quality and security manager for Sigma Security. He also served as a project manager for Wilson James covering British Airways’ Heathrow headquarters, as well as being manager of security and safety services for both the Portman and Coventry Building Societies. 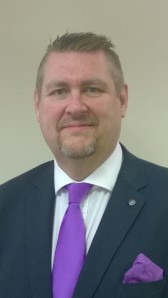 “Bringing on board professionals of Andrew and David’s calibre is a significant step for SSAIB as we invest in our regional manned services assessment capability in the run-up to the anticipated 2015 introduction of business licensing,” commented Stephen Grieve, “with all of the important implications involved in that process. This move also demonstrates the SSAIB’s credentials within the market as we operate for the benefit of licensing and certification customers around the UK and Ireland.”

Over 1,500 companies are now included on the SSAIB’s register.