Strategic outsourcing company MITIE Group plc – which delivers a range of services across the UK and Europe – has announced its latest set of financials, this time concentrating on the year ending 31 March 2014.

The headline results reflect strong revenue and earnings growth, with revenues up 8.2% to £2,142.6 million and operating profit before other items increasing by 6.0% to £127.5 million.

In this period, MITIE was awarded new contracts which include:

Speaking about today’s results, Ruby McGregor-Smith CBE (CEO of MITIE Group plc) commented: “We have made excellent progress, achieving sector-leading organic growth driven by new and expanded contracts as well as completing a bolt-on acquisition in healthcare. We’re very well positioned as one of the UK’s leading integrated FM providers, and we have also invested in higher margin markets such as homecare, all of which will support our growth aspirations.” 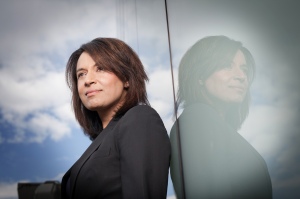 McGregor-Smith continued: “We expect outsourcing opportunities will continue to grow, with a trend towards more clients seeking to access bundled and integrated services. We’re confident that we will continue to build on our track record of delivering sustainable and profitable growth.”

The FTSE 250 company currently employs in excess of 70,000 people across the United Kingdom and Europe.

Core facilities management business driving strong organic growth
• Sector-leading organic growth in FM of 7.2%
• Successfully retained a number of significant contracts, including Network Rail (£75 million over five years) and Capita (£110 million across five years)
• Awarded a landmark contract with the Home Office valued at £180 million over eight years, with responsibility for over 900 detainees at the Colnbrook and Harmondsworth Immigration Removal Centres near Heathrow
• Awarded a range of new integrated or bundled FM contracts valued in excess of £10 million per annum, including those with the Bank of Ireland, Mitchells & Butlers, Four Seasons Healthcare, an insurance company and a major online retailer
• Property Management business successfully mobilised a contract with London Borough of Hammersmith and Fulham (£200 million over ten years) and was also awarded a new contract with the Royal Borough of Kingston (£15 million over two years)

Further de-risking the business
• Restructured the defined benefits pension scheme resulting in a one-off, exceptional net credit to the income statement under IAS 19 (revised) of £10.2 million and reduces future increases in pension contributions
• Close to completing an exit from the mechanical and electrical engineering construction business – exceptional losses of £13.6 million in the year (2013: £25.2 million including business closure costs)
• Reducing exposure to the design and build element of the former Asset Management business – one-off, exceptional charges of £25.4 million in the year (2013: £nil)

Read the report in full