Detectives from British Transport Police are investigating more than 100 cases of ticket fraud relating to Beyonce’s recent concerts at the Phones 4U Arena in Manchester.

Detective Constable Mike Dermody commented: “It seems that someone has been selling fake tickets to concert goers who only realise the tickets aren’t genuine when they reach the venue. We believe there have been more than 140 sets of fake tickets sold, though only seven victims have come forward so far.”

Dermody added: “In most cases, the tickets have sold for at least £100 each and each victim has bought at least two tickets, so we are potentially looking at a fraud worth more than £28,000.”

Each transaction has taken place over the Internet using public selling websites, with the victims arranging to meet someone in Manchester to pick up the tickets. 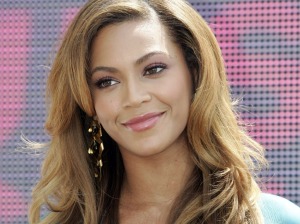 Beyonce: currently on tour in the UK

“We believe the victims of this fraudster will be spread far and wide as people travel from all over the UK to see Beyonce,” commented Dermody. “Therefore, we’re appealing to anyone who has been sold fake tickets but has not yet spoken to the police to come forward. We have a number of leads, but need as many people as possible to get in touch.”

About the British Transport Police

The British Transport Police is the specialist, national police service for Britain’s railways. BTP deals with major and minor crime, disorder and incidents and covers the rail system in England, Wales and Scotland (including London Underground, Docklands Light Railway, the Glasgow Subway and the Midland Metro and Croydon Tramlink systems).

The BTP’s 2,880 police officers, 376 Police Community Support Officers, 251 Special Constables and 1,451 support staff are recruited and trained like those of local forces and have the same powers. Find out more at: http://www.btp.police.uk