As the new Premier League and Football League seasons begin, the British Transport Police (BTP) and train operating companies have pledged to step up their efforts focused on ensuring fans and other passengers have trouble-free journeys on match days.

Police are urging rail staff to report all incidents of anti-social behaviour in order to ensure a better focused and co-ordinated police response with officers in the right place at the right time to deal with such incidents.

The British Transport Police (BTP) believes a significant amount of football-related anti-social behaviour passes by unreported, maybe because rail staff think it is ‘just part of the job’.

“The majority of travelling fans cause us no problems, and we want to encourage them to use the railway as a safe and convenient means of travel,” said the BTP’s assistant chief constable Steve Thomas, who’s also a former lead on football policing for the Association of Chief Police Officers.

“However, there’s still that disruptive minority who cause problems for fellow fans and other rail passengers. We need rail staff to report all instances of anti-social behaviour so that we have the full picture and can respond immediately where necessary. We also use that information to decide how we deploy resources for future games.” 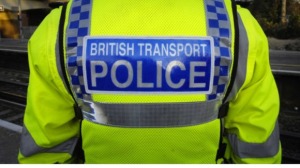 Thomas continued: “We can’t have police on every train, but with good intelligence from front line rail staff and the public, we can become better at having the right numbers in the right place at the right time to prevent any trouble. Abusive and drunken behaviour, travelling without tickets or violent behaviour are not acceptable at any time, and travelling to or from a match is no excuse. Rail staff and passengers shouldn’t have to put up with this. I think the public are less and less tolerant of this sort of behaviour, with recent posts on YouTube having rightly horrified people.”

The BTP officer went on to state: “This season, we’re making renewed efforts working with the rail industry to identify the small number of violent, drunken, disorderly or racist individuals who give clubs and football in general a bad name. If they are very drunk, they will find themselves refused travel. If they’re disorderly, they will be removed from trains. If they are violent or racist they will be arrested and we will seek banning orders against them. We will use CCTV, uniform and plain clothes officers to identify those responsible and then take action against them. Passengers can also ‘discreetly’ report crime and disorderly behaviour using BTP’s 61016 text number.”

Travelling without risk to safety and security

Andy Odell, the police and security liaison advisor for the Association of Train Operating Companies, said: “Train companies welcome law abiding football fans onto the network and will do all they can to ensure supporters enjoy a safe journey this football season. All rail passengers deserve to travel in comfort and without risk to their security, and we are working with the police, the football authorities and individual clubs to ensure that happens. Rail staff too should not be subjected to intimidation, threats or abuse by so-called football fans, which is why the industry is cracking down on such behaviour.”

As well as calling on rail staff to feed back more information, the BTP has stepped up co-ordination with train operators, instituting regular joint football and events planning co-ordination meetings and identifying single points of contact for football-related issues within each company.

The BTP has also contributed to the Association of Chief Police Officers’ review of football disorder, which is being carried out by DCC Andy Holt, ACPO’s lead on football policing.

Rail staff are able report incidents via their company Control Rooms and also have a dedicated direct line into the BTP.

For their part, members of the public can report non-emergency incidents on Freefone number 0800 405040 and may also text the BTP on 61016.

Football-related offences recorded by the BTP

Football-related offences recorded by the BTP rose 38% in 2012-2013 compared to the previous year (up from 590 to 812). Similarly, arrests increased this season by 23% (up from 632 to 780), largely due to dedicated police activity to combat disorder and anti-social behaviour.

Most offences are recorded post-match, the peak hour being between 7.00 pm and 8.00 pm with the peak age for those arrested being 20.

Alcohol is, not surprisingly, an aggravating factor in disorder with over a quarter of incidents flagged as alcohol related (26%).

The BTP continues to pursue Football Banning Orders where possible, and believes they are an effective tool in deterring violence and disorder. 22 banning orders were obtained during the 2012-2013 season – a lower number than in previous years, in part attributable to recent case law challenging whether or not incidents were football related.

The latter point is of particular relevance to the BTP since most incidents occur post-match, outside of the immediate stadium footprint.